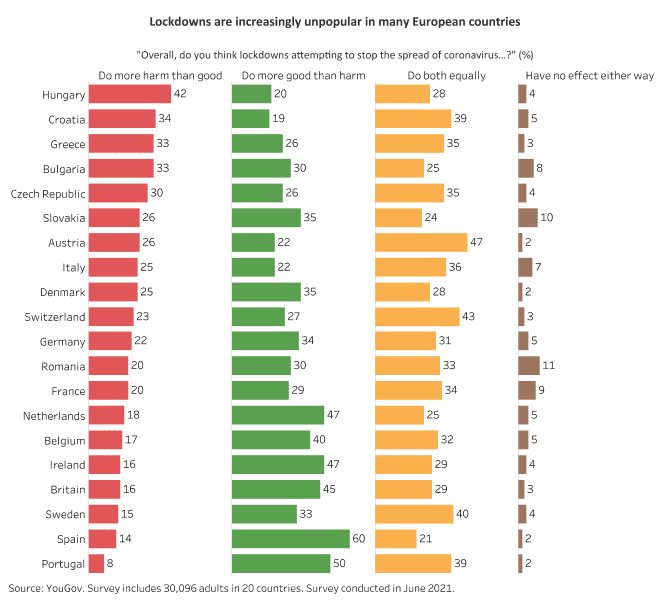 – New daily cases have dropped to around 12,000 in the last week. The number of hospitalized and ICU patients due to Covid-19 is also declining, even if daily deaths due to the virus have slightly increased.

– The vaccination campaign has significantly slowed down due to the summer season, with the average of daily jabs standing at 323,714 (vs. more than 500,000 in July). Still, around 64% of the population has gone through a full vaccination cycle.

– The ruling PSOE-Podemos coalition is likely to hold together in the coming weeks despite rising tensions over surging electricity prices and the management of migratory flows in the south of the country.

– The seven-day average of cases has stabilized at around 23,000 in the last week. Hospitalizations due to Covid-19 have continued to increase at a slower pace than in July, but more than 2,000 patients are currently under intensive care, the highest level since June.

– Around 60% of the population has gone through a full vaccination cycle, with daily jabs still at around 430,000. Vaccination of the 12-17 cohort has ramped up in recent weeks, with more than 53% of the age group having received one dose.

– Last weekend saw another 215,000 individuals demonstrating in the streets against the government’s health pass and President Emmanuel Macron’s tough vaccination policies. The organizers of the protests have called for a large nationwide mobilization to take place on 4 September.

– The circulation of the Delta variant is now largely prevalent across the country, and the number of daily infections is gradually rising. The seven-day rolling average of new cases is around 6,200. Sicily is currently the only region that risks moving from a white low-risk zone to a yellow moderate risk one.

– As of 18 August, around 60.5% of the population is fully vaccinated, while another 8.7% is waiting for a second jab. Over the past week, on average, around 234,000 jabs per day were administered.

– The interior ministry reported on 17 August that a total of 49,280 migrants arrived in Italy from August 2020 to July 2021, 128% more than the previous year. That increase, coupled with fresh political crises in Tunisia and Afghanistan, has rekindled the domestic political debate about migrants.

– Public health experts are warning of an explosion in new cases of Covid-19 as domestic holidaymakers return to their workplaces, and schools are due to reopen in September. New infections have jumped this past week, hitting over 4,000 on 17 August.

– As of 17 August, 56.1% of the total population had received at least one jab, and 53% are fully vaccinated. The vaccination rollout has almost stalled over the last few weeks, and fewer people are coming forward for their first jab, which is partly attributed to the peak summer vacation season.

– Having announced a fast-track aid package, the government’s priority is to deliver on its promises to those hit by the wildfires, particularly the communities of northern Evia. Prime Minister Kyriakos Mitsotakis pledged expedited payouts with minimum bureaucracy, starting with the launch of an electronic application platform by 18 August.

– As the seven-day average of new infections keeps climbing continuously, it is now nearing the threshold of 5,000 cases; in many districts, the local incidence value is by now above 50.

– The government’s vaccination advisory body has finally recommended rolling out Covid-19 vaccines to children between 12 and 17 years of age; this follows the political decision to extend vaccination offerings to this group.

– Regional state governments are considering closing regional vaccination centers in September when financial support from the federal government will run out; by now, vaccinations are being offered via GPs.

– New infections are increasing only at a very gradual pace, with the seven- day average of new cases now approaching 30,000.

– Against the backdrop of the current number of new infections, scientific advisers to the government are still warning of a major infection wave that could hit the UK in autumn, with up to 1,000 daily hospital admissions.

– The seven-day rolling average of new cases is gradually rising but remains the lowest in the EU on a per capita basis. If infections start surging, the least vaccinated regions of the country would be the first ones to face restrictions.

– The new school year on 1 September will start with full-time in-person education. The Ministry of Health is not planning to impose mandatory vaccination either on teachers or students.

– As part of its post-pandemic economic recovery package, the government unveiled a new child benefit scheme, which would provide families with PLN 12,000 (USD 3,080) for each child after the firstborn. The proposal requires approval in parliament, where the Law and Justice-led government lacks a majority.

– The seven-day rolling average of new cases increased from 56 to 76 during the past week but remains low compared to most peers in the EU. The Delta strain accounts for 64% of all cases.

– Vaccination remains sluggish, with only 12,500 first vaccine doses administered during the past week. The inoculation campaign is unlikely to pick up in the near term as vaccinations will be suspended during the national holiday weekend of 20-22 August.

– With one month left until the opposition primaries to select its prime ministerial candidate in the 2022 general election, Jobbik’s Peter Jakab, Klara Dobrev of the Democratic Coalition, and Budapest mayor Gergely Karacsony are virtually tied in polls. They are likely to face each other in the second- round run-off.