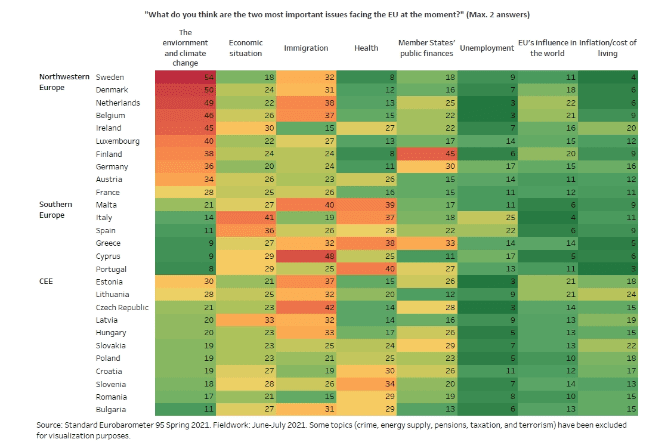 – Earlier this week, Italy’s Covid-19 death toll passed the 130,000 mark, the second-highest toll in Europe after the UK. New cases registered a slight decline last week, with the seven-day average moving from just above 5,500 to around 4,700.

– The country is sent to hit the target of vaccinating 80% of the population over the age of 12 by the end of September. Anti-Covid vaccine booster shots will be administered to three million people in the most at-risk categories from next week.

– Italy is expected to become the first European country to make its Covid-19 health certificate mandatory for all workers in both the public and private sector from October. A new decree that is expected to be approved by the government on 16 September will require employees at all workplaces to show proof of vaccination, testing or recovery under the “Green Pass” scheme.

– After weeks of steady increases, the seven-day average of new infections is now hovering somewhat more stably around 10,000 cases; the incidence value of hospitalizations has also not risen further.

– Amid an overall still limited vaccination ratio of just over 60% of the population, authorities have started a so-called vaccination week; vaccinations are being offered in public transport, cultural, religious or sports venues.

– In Sunday’s main TV debate, none of the three contenders called for mandatory vaccinations; only the Greens’ candidate Annalena Baerbock indicated that she wanted to follow France’s example and impose the requirement for some specific professions.

– The seven-day average of new infections has been falling slightly over the last week, from just above 2,400 to now around 2,200 cases. Greece is currently offering vaccines to everyone over the age of 12, but it will miss its target to vaccinate 70% of adults by the end of summer.

– The latest raft of public health measures against the spread of Covid-19 came into effect on 13 September to coincide with the start of the new school year and the cooling of the weather. Unvaccinated individuals will be subject to restrictions regarding their entry to their places of work, restaurants, and other indoor areas.

– Speculations about snap elections next year – either in May/June or September/October – have been revived by the government’s unveiling of a package of almost EUR 3.5bn of relief measures. If growth exceeds the recently revised 5.9% target, further measures, such as the abolition of the solidarity levy on income, could follow.

– The seven-day average of new infections has been falling again over the last week, from just under 40,000 to now just above 30,000 cases; however, hospitalizations are on the rise amid generally high pressure on the national health service given long waiting lists.

– As part of the prime minister’s “winter plan” and amid an expected further rise in cases over the coming months, the vaccine will be rolled out to children between the age of 12 and 15 as of next week; booster jabs for the most vulnerable groups will also be part of the plan, despite continued debate about their necessity.

– After months of heated debate within the ruling Conservative Party, the government has now backtracked on the idea of domestic vaccination passports; according to the health secretary, the success of the vaccination campaign made the measures unnecessary, and efforts will be focused on booster shots and test and trace.

– The fourth wave is picking up. The seven-day rolling average of new cases increased by 41% and the number of hospitalized patients surged by 92%. Death levels remain largely stable for now. No new restrictions are under consideration yet.

– The worsening epidemiological situation could be aggravated by the continuing protests of healthcare workers over low salaries, insufficient funding and poor management of the healthcare sector.

– The ruling Law and Justice (PiS) party is seeking a swift consideration of the post-pandemic recovery package Polish Deal in the lower house of parliament (Sejm). Voting on the matter will show whether the PiS still has a majority in parliament to advance its policy agenda.

– Coming from a very low base, the seven-day rolling average of new cases and hospitalizations increased by more than 40% and deaths have doubled during the past week.

– While not considering additional restrictions for now, the government hinted at a potential expansion of benefits to the vaccinated if the epidemiological situation deteriorates further. It is also discussing a stronger push for vaccination in workplaces.

– A new HUF 55bn (USD 185mn) vaccine production facility in Debrecen is expected to be launched by the end of 2022. It will have capacity to manufacture up to 20mn vaccine doses per annum, including Sinopharm’s Covid-19 vaccines.

( 2 mins) Even though the meeting of the Turkish cabinet is still ongoing (a press conference is expected at around 7pm local time), it seems that President Tayyip Erdogan will not follow through on his previous threat

( 3 mins) President Tayyip Erdogan stated on 23 October that he ordered to declare “persona non grata” the ambassadors of ten Western allies for seeking philanthropist Osman Kavala’s release from prison. Erdogan made these remarks during a

( 5 mins) All workers will be required to show a Covid-19 health pass from 15 October, one of the world’s toughest anti-Covid regimes that has already sparked riots and which may cause chaos in the days ahead.