The 2021 presidential elections represent the sixth race for Hakainde Hichilema of the liberal United Party for National Development (UPND). In theory, the ballot should be his to lose. In 2016, President Edgar Lungu beat Hichilema (usually referred to as “HH”) by a mere 100,530 votes and, with 50.36% of the vote, he only just managed to avoid a presidential run-off. HH should stand a real chance of winning the polls on his sixth attempt given the depth of the socio-economic crisis Zambia finds itself in. Zambia faces colliding crises of debt, double-digit inflation, rising poverty levels, the Covid-19 pandemic (with the current wave being Zambia’s worst yet), widespread corruption, and significant youth unemployment.

In addition, following a 2016 constitutional amendment, the winning presidential candidate must win more than 50% of valid votes cast to avoid a run-off. The absence of credible opinion polling makes it extremely difficult to anticipate vote margins. The only recent survey conducted across all 10 provinces was a December 2020 Afrobarometer survey in which only 22.9% of 1,200 respondents indicated they would vote for the ruling Patriotic Front (PF) – a significant drop from 44.8% recorded in Afrobarometer’s 2017 survey – while 25.2% signaled their support for the UPND. Reflecting a growing climate of fear, the largest proportion of respondents (38%) refused to answer questions about their voting preferences, compared with 12% in 2017.

The PF is concerned about a run-off scenario in light of how narrowly Lungu avoided a second ballot in the past election. The Lungu administration even tried to pass a controversial constitutional amendment (Bill No. 10) in 2020, which sought to grant the leading candidate time to form a coalition government before a run-off would be required. The amendment was narrowly defeated in parliament, by six votes. If a run-off were required, it would open a major window of opportunity for the opposition. As precedents in countries like Zimbabwe show, second rounds tend to boost opposition votes and turnout, and massively raise expectations of change.

However, Lungu and the PF might still avoid a defeat. One important factor is the polarization of party support along regional lines will be an important factor. Lungu is expected to do well in Eastern province, his home region, as well as Muchinga, Northern and Luapula provinces. Meanwhile, Hichilema and the UPND are likely to win the most votes in Southern, Western, North-Western and Central provinces (see maps).

1) Voter registration: A new voters’ roll seems skewed in favor of the PF. Yet a legal petition arguing that the Electoral Commission of Zambia (ECZ)’s registration process – conducted over just 38 days – violated the constitution is still pending in the Constitutional Court. The ECZ has also done away with allowing independent audits of the register. Tellingly, registration numbers have increased by the tens of thousands in PF-leaning provinces, while decreasing in opposition strongholds.

3) Campaign restrictions have been imposed, sometimes under the guise of pandemic restrictions, but these do not seem to be enforced equally for PF rallies. In the media arena, opposition ads are routinely sidelined from news outlets with the broadest reach.

4) Political violence: Intimidation and threats of violence – at the hands of police or PF youth militia – add to a growing climate of fear and increase the risk of electoral unrest.

5) Electoral process: Narrow margins of victory make it somewhat easier to rig the results. HH’s campaign is trying to counter any fraud via a phone app and satellite systems to mobilize 20,000 election agents to monitor the process and tabulate a parallel count even in the event of an internet shutdown. Close monitoring and a credible, comprehensive parallel count will be essential for HH to stand a real chance. One setback is an ECZ decision to bring forward the registration deadline for election monitors and agents to 30 July. The ECZ is also removing the intermediate stages of the counting and tallying process between the polling station and the national count, which could make it impossible to identify electoral fraud.

6) Judicial factor: In the event of an electoral dispute, diminishing judicial independence means the courts cannot be relied upon to overturn election results in favor of the opposition.

All these factors might still give Lungu the upper hand. Under a fresh Lungu mandate, authoritarian drift and political polarization along regional lines will represent growing concerns. The outlook for checks and balances on the executive will also be poor. Nevertheless, some proposals may continue to fail at the legislative hurdle (as happened with Bill No. 10). In the national assembly, the PF seems unlikely to improve its parliamentary majority. The ruling party won 42% of the vote share in 2016 and currently holds 80 of 156 elected seats in parliament (an additional 10 members are appointed).

The first order of business under a new government will be to finally conclude a long-promised IMF deal – a precondition for advancing debt negotiations under the G20’s Common Framework for Debt Treatments beyond the Debt Service Suspension Initiative (DSSI). Markets seem to assume a post-election IMF deal, even with a traditionally reluctant Lungu administration. For its part, the Fund will also face pressure to work with imperfect political conditions and doubtful government intentions around transparency and policy adjustments.

Another risk will be concerns about Lungu’s health, whose recent absences have fueled speculation that the August polls could be postponed. This could make for another disruptive presidential transition, repeating a pattern of deaths in office of the late presidents Michael Sata (2011-2014) and Levy Mwanawasa (2002-2008). Such a scenario would trigger a succession scramble within the PF and a presidential by-election.

Conversely, if HH were to prevail, immediate concerns would focus on a smooth transition. Zambia is one of the few Southern African polities with a precedent of transitions of power, but the political environment has arguably become more repressive. Despite such uncertainty, HH and his pro-business, fiscal prudence rhetoric would likely be perceived as an upside for markets. An IMF deal would be expected, even if some prior groundwork might need to be revisited and tough reform trade-offs would hardly make for a smooth ride. 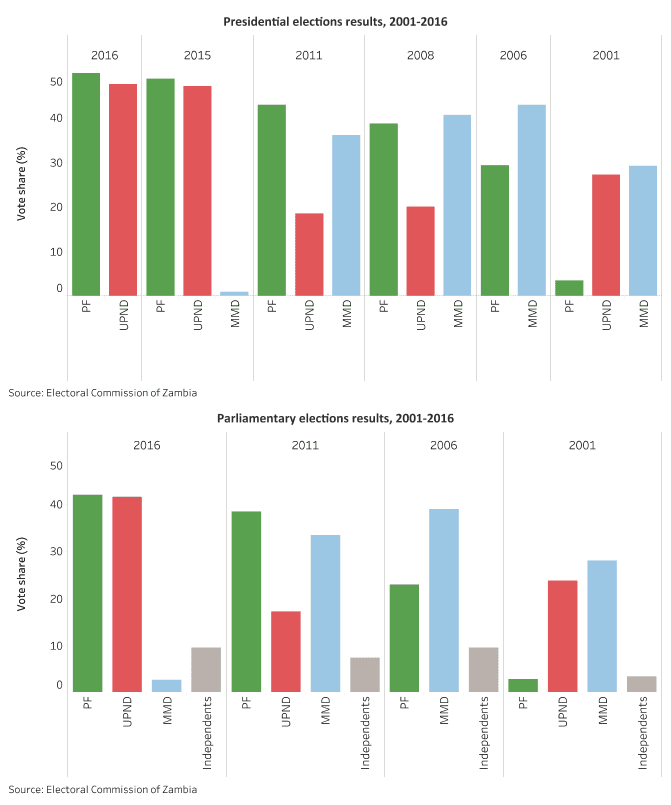 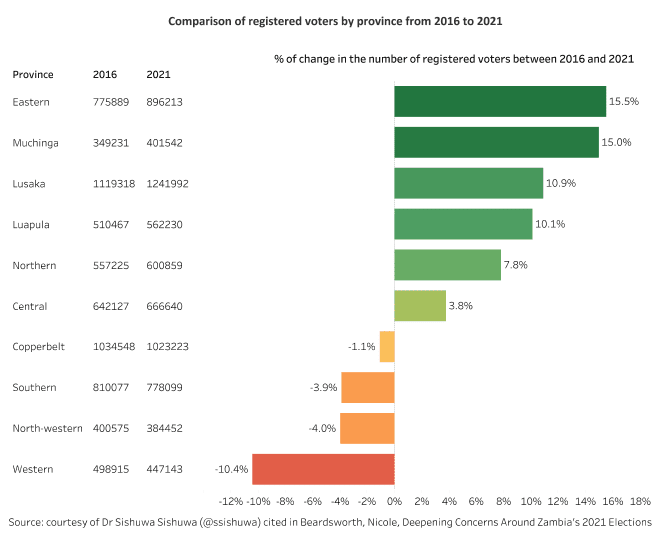 ( 5 mins) Freshly inaugurated President Hakainde Hichilema is riding a wave of goodwill. Yet the reform process ahead will undoubtedly be politically painful and administratively challenging; it will be measured by the next budget, IMF talks and

( 4 mins) Opposition leader Hakainde Hichilema has won the 12 August presidential election by a landslide, trouncing incumbent President Edgar Lungu by close to 1mn votes. Despite three days of tensions and suggestions that Lungu’s side might

( 4 mins) Following a brief interlude in late June, the Tigray conflict has escalated and broadened, spilling across domestic borders and sucking in combatants from other Ethiopian regions. This intensifies the risk of worst-case scenarios – a

( 3 mins) General elections will take place on Thursday, 12 August. The recent deployment of the military highlights the risk of electoral violence around the high-stakes polls. As explained previously, the presidential election should be opposition leader

( 5 mins) Late on 5 August, President Cyril Ramaphosa announced his long-awaited cabinet reshuffle. The replacement of Finance Minister Tito Mboweni should not have been Ramaphosa’s priority, even if his successor, Enoch Godongwana, is a well-known and

( 4 mins) To keep the peace, the government has announced fiscal support for the poor and business in the wake of recent unrest; it has also averted a potentially disruptive public-sector strike by finalizing a wage deal.

( 7 mins) The main concern about the 12 August general elections is to what extent they will be free and fair, increasing the risk of electoral violence and disputes. Although the presidential poll should be opposition leader

( 5 mins) President Cyril Ramaphosa is under massive pressure to tackle the fallout from nine days of unprecedented unrest and looting by cleaning up the party and cabinet. Although the government’s initial security response to the mayhem