ETHIOPIA: Bondholders might be collateral, not target, of restructuring bid

This month, international pressure over Ethiopia’s Tigray conflict has begun to ramp up significantly for the first time since the conflict erupted in early November 2020. UN Human Rights High Commissioner Michelle Bachelet has called on Ethiopia to allow an investigation into potential war crimes, as reports emerge of atrocities such as mass killings, rape and abductions, and concerns over a deepening humanitarian crisis. While Abiy had hoped to wrap up his “law and order” operation against the Tigray People’s Liberation Front (TPLF) quickly, low-level fighting appears to have continued in what one general has reportedly described as a “dirty war”.

The most significant change on the international stage is that the new US administration does not seem inclined to turn a blind eye to the crisis. US Secretary of State Antony Blinken has indicated that he wants to see Eritrean soldiers and Amhara regional forces in Tigray replaced by security forces that respect human rights and do not “commit acts of ethnic cleansing” – an accusation that the Abiy administration was quick to reject as baseless.

While the UN Security Council seems unlikely to adopt a common position on the Tigray conflict, the Biden administration has begun to articulate its agenda. On 20 March, US Senator Chris Coons, a close ally of President Biden who was dispatched to Ethiopia on his behalf, met Ethiopian officials to discuss the “deteriorating situation in the Tigray region and the risk of broader instability in the Horn of Africa.” He also arrived with pledges of additional humanitarian aid worth USD 52mn, suggesting that the US will probably take a sticks and carrots approach to the crisis.

Can Ethiopia accommodate US demands?

Three key demands recently articulated by Blinken are: 1) the immediate withdrawal of Eritrean and Amhara regional forces in Tigray, 2) unhindered humanitarian access, and 3) a full international investigation. Yet it is unclear to what extent Ethiopia can meet the three key demands.

First, as for the withdrawal of Eritrean forces, the Abiy administration has previously denied the presence of the Eritrean military. However, UN aid chief Mark Lowcock reportedly told the UN Security Council on 4 March that “[i]t is now abundantly clear to all, and openly acknowledged by officials of the government administration in Tigray, that Eritrean Defence Forces are operating throughout Tigray[…] Countless well-corroborated reports suggest their culpability for atrocities.” In one reported massacre, Eritrean soldiers allegedly deliberately killed worshippers inside a Christian church in Axum. Lowcock has likened the presence of Eritrean troops to a “campaign of destruction;” this could tie in with Eritrean President Isaias Afewerki’s hatred against the TPLF ever since the 1998-2000 border war and that his regime is looking to secure tactical gains in Tigray (be they territorial or targeting Eritrean refugees in Tigray). Yet Abiy may be in a weak position to effect the departure of Eritrean troops given how heavily he has relied on Asmara to support his Tigray operation.

Similarly, it will be difficult for Abiy to withdraw Amhara regional forces, including poorly trained militias, from Tigray as the Amhara state government lays claim to territory in western Tigray that was incorporated into Tigray in 1991 (including Welkait, Tegede, Humera, Telemte and Raya districts). An Amhara government spokesperson has conceded that Amhara special forces took control of several areas of western Tigray “by force” amid the Ethiopian National Defense Forces (ENDF) operation. Amhara authorities claim that Abiy’s administration has approved the reincorporation of the disputed territories into Amhara, which the House of Federation would apparently process. While even Tigray’s interim authority is unlikely to support this move, Abiy’s administration increasingly relies on Amhara support, not least as his popularity in his own Oromia state is in doubt. If he fails to appease Amhara nationalists, he could risk another destabilizing battle. Like TPLF-aligned forces tried to seize control of the ENDF’s Northern Command last November, in a worst-case scenario Amhara regional forces could try to seize control of the ENDF’s Western Command.

As for Blinken’s second demand of unhindered humanitarian access, the Abiy government has slowly begun to increase access. However, restrictions and interference are likely to continue, as Addis Ababa’s position will be weakened if the true scale of the humanitarian crisis and atrocities are established beyond doubt.

On the third demand, Ethiopia may make moves in the right direction but may try to subvert an independent external investigation, particularly given how polarized the narrative around its “law and order” operation has become and Addis Ababa’s paranoia around ‘biased’ and ‘malicious’ Western reporting.

All this suggests that a protracted diplomatic standoff, with occasional strategic concessions, is the more likely scenario over the coming months, rather than any quick rapprochement. This could worsen the risk of budget aid suspensions at a delicate time for Addis Ababa, as it faces a debt crunch and is seeking debt treatment under the G20’s ‘Common Framework.’ Already in January, the EU suspended budget support worth USD 107mn until humanitarian agencies are granted access to Tigray. EU officials have denied that sanctions could be on the cards for Ethiopia, but it may be no coincidence that targeted sanctions against Eritrea’s National Security Office were announced on 22 March.

It would be unusual if “governance” issues were to affect Ethiopia’s crucial relationship with the International Monetary Fund (IMF) and the World Bank, though on 5 March the latter issued an unusually defensive statement justifying continued lending to Ethiopia.

The Tigray conflict will have multiple spillover effects. The most serious immediate conflict risk relates to al-Fashaqa, a disputed agricultural area in Sudan’s Gedaref state bordering Ethiopia’s Amhara and Tigray regions. The Sudanese-Ethiopian dispute stems from a 1902 agreement, which assigned the area to Sudan, but the border was never demarcated. For many years, the status quo was that Ethiopia tacitly acknowledged the colonial-era boundary, while Sudan under Omar al-Bashir (1989-2019) tolerated Amhara famers cultivating the land. However, tensions escalated in December; Sudan sent reinforcements to the area after alleged ambushes. At least 16 sites of clashes have been reported. Sudanese forces may have seen an opportunity to recover territory, particularly as ENDF troops were pulled away to fight in Tigray. Abiy, who depended on Sudan to control the border with Tigray and thus cut off supply lines to the TPLF, might have been willing to downplay the border issue, but Amhara hardliners will oppose any de-escalation. Like within Tigray, Amhara nationalism thus presents an obstacle to conflict resolution (and probably any efforts to demarcate the border), much like military hardliners pressure Prime Minister Abdalla Hamdok’s fragile transition government on the Sudanese side. Even if neither Ethiopia nor Sudan can afford another conflict at this time, the risk of an accidental or unintended war cannot be discounted.

Moreover, the border tensions could have implications for the protracted dispute around the filling of the Grand Ethiopian Renaissance Dam (GERD). Already, Sudan has pulled much closer to Egypt’s hard position on the dam and in early March the two countries signed a military cooperation treaty, which may further complicate the prospects for an agreement. Successive rounds of talks, chaired by the African Union (AU), failed to reach a settlement in 2020. Sudan has now requested four-party mediation involving the AU, UN, US and EU. Yet the various conflicts will feed into key players’ positioning and negotiating tactics on each issue, and the next GERD filling round during the June-July rainy season could be another flashpoint of tensions.

On the domestic front, the biggest challenge for Abiy will be the elections for the House of Federation and regional state councils, which were delayed until 5 June owing to the pandemic. It is unclear whether the polls can take place in Tigray amid insecurity, destruction and displacement. But even beyond Tigray, key regional states like Oromia and Benishangul-Gumuz face serious insecurity. Scores of civilians have been killed and property has been destroyed in attacks that primarily appear to target Amhara residents. These are often blamed on the separatist Oromo Liberation Army (OLA), but regional authorities have been accused of failing to intervene. In this context, the conduct and credibility of the polls will be a litmus test not only for Ethiopia’s stability but also for its foreign relations. 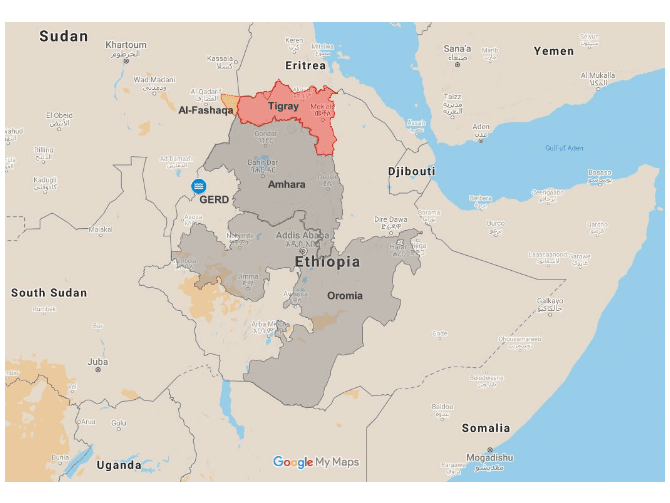