Please contact us if you are interested in learning more about our private polling services and offerings. 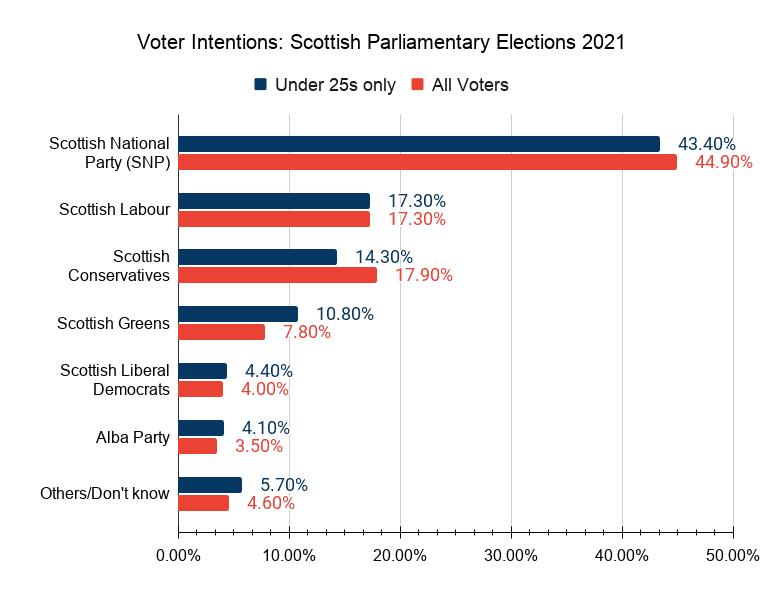 Below are the latest polls from Savanta ComRes: 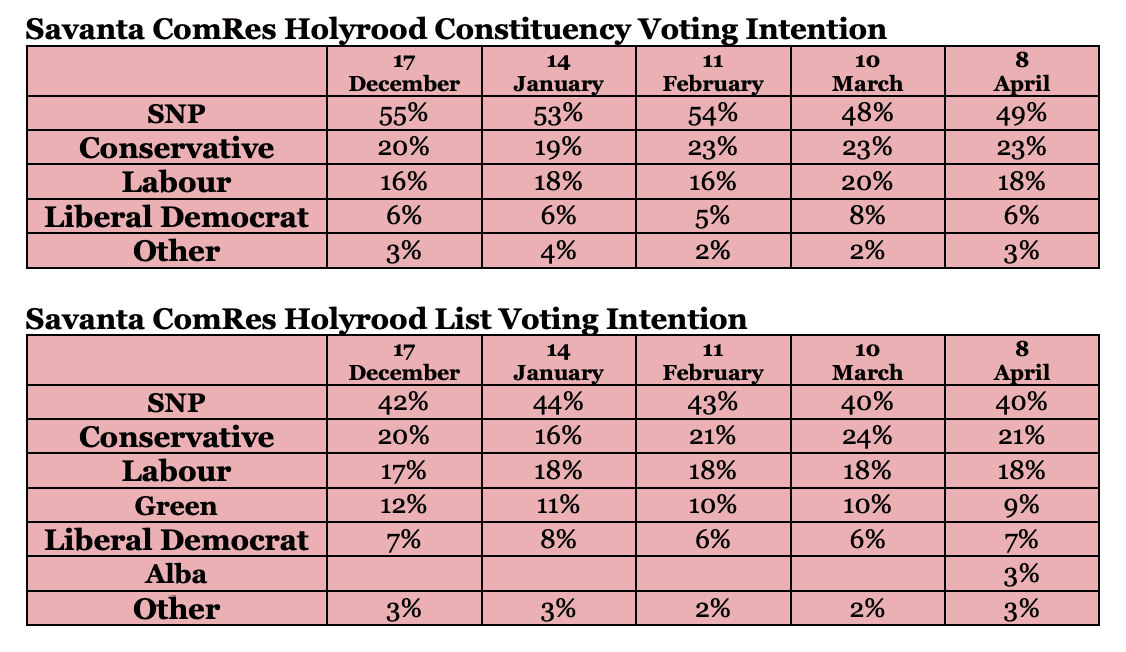 ( 11 mins) China has been at the forefront of a technological revolution in payments in both its private and public sectors. China’s tech firms succeeded in replacing the bank-based magnetic striped card world with a tech-based QR code system. Then the People’s Bank of China (PBOC) launched its central bank digital currency, followed by a series of government actions that appear designed to steer the Chinese system away from these tech firms. What is going on in Chinese payments is a fascinating battle of private sector innovation versus government control and big-tech versus big-banks, putting the usually staid and boring world of payment systems into the spotlight allowing for examination of broader narratives about the future of China and how it is playing the global economic game. It also offers insight into how the Federal Reserve plans to approach digital payments in America.

The Chinese payment wars stand in sharp contrast to the standard analysis of the global economic game. In the standard model, the United States is the advanced incumbent economy while China is playing economic catch-up. China is simultaneously modernizing its own domestic system to resemble western economies while at various levels integrating into the broader global financial system. The story in payments begins along this common narrative. The U.S. created and essentially dominates global retail payments through a magnetic stripe card-based interface running through the global banking system. This system has its roots in a series of inventions from roughly 50 years ago in New York, which began as a set of solutions for restaurants and frequent customers who were unable to access cash over the weekend and sought an alternative to the paper-based check payment system. These ‘Diners Cards’ eventually transformed into a series of plastic cards, building a set of payment rails that process more than 130 billion transactions a year in the United States, which is more than 350 million transactions per day. To put that in perspective, the peak number of daily transactions in Bitcoin is estimated around 400,000.
Magnetic striped cards came to dominate the world of retail payments in developed economies. At an earlier point in its economic development, China attempted to emulate and graft onto this system, with multiple banks introducing their own sets of magnetic stripes and cards including Union Pay as the most prominent example. Founded in 2002, Union Pay’s prevalence rose sharply to achieve over 3.5 billion cards in circulation in just a decade and volume that was roughly half of what Visa was processing in the mid 2010s.
The story diverges with Chinese technology companies, WeChat and Alibaba, who appreciated the inherent inefficiencies in the card-based system: the interchange fees, design apparatus of cards and card readers, and the costs borne by merchants. Chinese merchants, particularly small ones, lacked interest in such a costly system. Exploiting these opportunities, the two tech firms created a QR code digital wallet scan-based system, which essentially leapfrogged the debit magnetic cards. The new system was faster and more efficient than debit magnetic cards, producing a host of direct and indirect benefits for those two companies as well as for broader society. This innovation allowed China to leapfrog the magnetic striped card system that dominates much of the western world’s retail payment system.
China’s new payment system exploded from inception to dominance in under a decade. With over a billion users on each platform, the power of network incentives has been unleashed. The new payment system has replaced cards and cash at registers, changed how families give gifts, and even evolved the way how beggars ask for money, with QR codes replacing tin cups.
This is a powerful example of Chinese innovation, competition, and adoption. It appears, at least to outside observers, to be highly organic and internally driven, not a product of central planning or committees. For example, the two companies diverged in the origin of their payment systems. WeChat Pay is based on a social media platform (for Americans think Facebook) and is heavily engaged in person-to-person payments. WeChat Pay first rolled out as a service to facilitate personal funds in the form of ‘Red Envelopes’ (traditional gifts of cash) around the Lunar New Year in 2014. WeChat Pay proposed digitizing this exchange, which given their person-to-person social media network, was clearly synergistic. The popularity of Red Envelope exchanges seeded many customers’ WeChat Pay accounts with initial funds. WeChat launched the Red Packet digital payment idea in 2014, and 16 million packets were sent. The next year, 1 billion packets were sent. By 2016, it was over 8 billion and in 2017, 46 billion.

The Brookings Institution is financed through the support of a diverse array of foundations, corporations, governments, individuals, as well as an endowment. A list of donors can be found in our annual reports published online here. The findings, interpretations, and conclusions in this report are solely those of its author(s) and are not influenced by any donation.

Losing traction? The real effects of monetary policy when interest rates are low

( < 1 min) by Rashad Ahmed, Claudio Borio, Piti Disyatat and Boris HofmannAre there limits to how far reductions in interest rates can boost aggregate demand? In particular, as interest rates fall to very low levels, does the effectiveness of monetary policy in boosting the economy wane? We provide evidence consistent with this hypothesis. Based on a panel of 18 advanced countries starting in 1985, we find that monetary transmission to economic activity is substantially weaker when interest rates are low.

Navigating by r*: safe or hazardous?

( < 1 min) by Claudio BorioThe concept of the natural rate of interest, or r-star (r*), has risen to prominence in monetary policy following the Great Financial Crisis. No doubt a key reason for the concept’s newfound prominence has been the further decline of real and nominal interest rates to new lows, which has further constrained monetary policy’s room for manoeuvre. This lecture explores the extent to which the concept can be a useful guide to policy. It concludes that, depending on how it is employed, the concept has the potential of leading policy astray and of complicating the task of regaining the needed policy headroom.

Back to the future: intellectual challenges for monetary policy

( < 1 min) by Claudio BorioThe central banking community is facing major challenges – economic, intellectual and institutional. A key economic challenge is the need to rebuild room for policy manoeuvre, which has fallen drastically over time. This lecture focuses on the intellectual challenge, ie facts on the ground are increasingly testing the longstanding analytical paradigms on which central banks can rely to inform their policies. It argues that certain deeply held beliefs underpinning those paradigms can complicate the task of regaining policy headroom.

( < 1 min) Originally published on November 24, 2021 09:50 by Bank of International Settlements . Link to original report This paper studies how the rise in US households’ participation in equity markets affects the transmission of macroeconomic

What does machine learning say about the drivers of inflation?

( < 1 min) by Emanuel KohlscheenThis paper examines the drivers of CPI inflation through the lens of a simple, but computationally intensive machine learning technique.

Dynamic Pricing of Credit Cards and the Effects of Regulation

( < 1 min) Originally published on November 23, 2021 00:00 by Bank of International Settlements . Link to original report We construct a two-period model of revolving credit with asymmetric information and adverse selection. In the second period,

( < 1 min) Originally published on November 22, 2021 00:00 by Bank of International Settlements . Link to original report Recent studies indicate that, since 1980, the US economy has undergone increases in the average markup and the