Think about this for a moment…

To-date, nobody has managed to duplicate a Bitcoin (BTC)…

And, if someone has found a way to clone Bitcoins on a regular basis there would be little incentive for them to make that public. At present, the number of technologists and cryptographers invested in safeguarding the future of Bitcoin far out numbers those actively seeking to bring it down. Hence, those that say all Bitcoins become worthless the day the blockchain encryption is broken are likely following an overly simplistic doctrine. In fact, blockchain hacks, commonly referred to as pitchfork events, have previously occurred (and may do so again), yet the show went on. Yours truly debuted into the cryptocurrency world by purchasing some Ethereum (ETH) near the local highs only days before a pitchfork event which sent prices tumbling down to almost half from where I had bought in. Great timing!

Let’s set aside the speculative trading discussions surrounding Bitcoin or other digital currencies. From a technologists perspective, an ability to create digital things which cannot be duplicated, and has an incremental cost of reproduction, is a unique and novel proposition. Moreover, the value is derived entirely by market forces. This makes blockchain technology hard to ignore for anyone in the world of finance or technology. Till recently, the creation of digital products and services (e.g. software or music) required hefty initial investments in anticipation of revenues with incremental sales. Sometimes the product can be right but not the pricing, and the outcome is failure. For example, Google has over 90% of the market for search ads. Despite Googles market dominance, ad keywords has a price floor, but otherwise left to open market bidding. This permits market price discovery, and also protects Google against accusations of monopolistic and anticompetitive behavior since ad prices are set by customers.

The desire to seek ownership of scarce resources, and exclusivity, are fundamental human desires which date back as far as there is history. Today, in one generation this manifests itself as art collection and membership to exclusive clubs. For another, it is pocket money spent on purchasing virtual goods on social gaming platforms such as Fortnite and Roblox. Rarely do the two worlds understand one another. However, Money, is a universally well understood concept. So, it boils down to a matter of currency preference. For many people in the world there has never been a choice of currencies to hold. Try opening a non-USD bank account in the US as a retail customer.

Bitcoin and blockchain technology have been around for over a decade – an eternity in the tech world. For now, other than facilitating the movement of illicit sources of funds and speculation, a practical application of this technology has yet to emerge. A few years ago, the FBI infiltrated a group of criminals by analyzing the Bitcoin transaction ledger. This undermined the anonymity of Bitcoin and its effectiveness as a transaction tool for organized crime. With this in mind, it is reasonable to question the merits of blockchain technology. More so, given the associated high environmental costs.

In recent years, many upstarts have promised innovative blockchain solutions to problems across industries. In real estate public ledgers with deeds of ownership is a typical use case encountered. In banking, the mitigation of counterparty risk through instant settlement of trades is one that comes up regularly. It is not always obvious what is a real problem that needs solving. For example, blockchain ledgers offer little protection against violation of property rights in the absence of a sound legal framework, recognition, and enforcement by the state. Similarly, instant trade settlement is limited by the practical time required for both parties to book and settle transactions. To work in practice, all market participants require economic incentives to change settlement protocols and will demand equal access to the blockchain technology. This would likely result is a proliferation of choice in trading venues for investors at many capital-lite upstarts. It is unlikely the dealer banks will want this, or whether the addition of more trading venues will improve overall market liquidity. We’ll come back to this point later.

Without going into the details, a Non-Fungible Tokens (NFTs) is an irrevocable data entry on the (usually Ethereum) ledger which serves as a time stamped digital representation of anything that can be captured by text. Like cryptocurrencies, the supply of NFTs is finite and predetermined. Unlike Bitcoin, NFTs are not mutually interchangeable (fungible). This makes NFTs more useful as a store of value rather than as a medium of exchange. The best known example is in digital art where exchanges have been setup to enable creators to issue and trade NFTs. Under the hood, art NFTs are a short bit of code (text) that point to the web address of an image file somewhere. Private encryption keys verify ownership. Nothing prevents similar NFTs being created by others and value is only derived with the backing of the original creator. With nescient phenomena like NFTs it is hard to gauge the true potential and direction of progress.

At present, two coherent themes stand out to us:

Applications in Finance and Economics

As a general principle, starting from the technology and working backwards to find an application is a bad way to create products. This approach could work out. More likely it will be like the trade idea which is motivated by a banks desire to offload some risk.

We have highlighted two use cases where blockchain technology may prove useful to us.

In March 2020, the market for US Treasuries seized up and the traditional facilitators of client trades (bank dealers) were unable to step up. What caused this is still the topic of much debate. What is broadly agreed upon is that the current market structure is inadequate for efficient risk transfer given the growing stock of Treasury debt required to finance deficits. Banks blamed the onerous Dodd-Frank regulations introduced in recent years which restricted dealers balance sheets to buffer client trades. Others believe it was a combination of several corporations drawing on bank credit lines (fearing a liquidity crunch), and an increase in the net time between clients posting collateral and making payments. As a result, the banks were more defensive on financing client trading positions which further drove the ‘dash to cash’ as positions were liquidated. Ultimately, the Federal Reserve had to intervene in markets and some regulatory relief was temporarily granted to the banks.

Now, imagine if every US Treasury issued had an equivalent NFT determined according to the bond nominals and denomination size. Since the tokens are non-fungible, the ownership and custodian may be verified. In times of crisis this arrangement will allow US Treasuries to trade more freely amongst market participants and better serve as cash equivalent. Moreover, it enables the Central Bank to directly channel liquidity into the economy without reliance on the banking system. Direct repo operations may be conducted using blockchain smart contracts with predefined rates, maturities, and haircuts. Treasury NFTs may temporarily be exchanged for digital dollars at the Fed which are recognized as legal tender at financial institutions. By setting digital repo haircuts, and lending rates, the Fed may remove some short term price volatility fears. The policy response would also become more efficient and targeted rather than the current way of pumping cash into the banking system and waiting to see the response. Cash rich corporations may also opt to lend out their excess cash via digital repo facilities rather than receiving lower overnight deposit rates or negative T-Bills rates.

A problem we regularly grapple with is purchasing research and data collection in anticipation of clients interests. Political risk and polling are perfect examples where client interest can fluctuate wildly. Typically, demand for political intelligence and our private polling data surge during crisis and closer to event risk. New client enquiries become inbound at precisely the time when existing clients demand more of your attention. This creates a conflict between the need to capture new sources of revenue whilst maintaining and element of proprietary for existing clients. An NFT which grants access to a series of data releases and analysis using an encryption key which changes every 24 hours would be one way to do it. This would maintain an element of exclusivity, share risks, and align economic interests. It would also give traders something else work related to speculate on.

“The bad news is the fund’s market performance was down -5%. The good news is we returned +500% on our research and data acquisitions.”

If Elon can do it so can you!

If you are interested in learning more about NFTs here are two upcoming events you may enjoy:

Alliance Bernstein Private Wealth Management, San Francisco, have kindly extended an invitation to us for a virtual event featuring all the big names of the NFT world. Please put Ed Wenrick or Speevr as your contact upon registration. 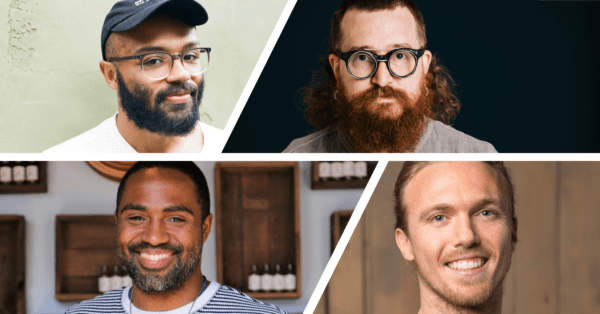 Everyone is talking about non-fungible tokens (NFTs), but what are NFTs actually, and how do they work? How does an investor decide to provide early support for new technologies when so much is unknown? What future technologies can be seen on the horizon? On Friday, April 16, Sanjay Patnaik, director of the Center on Regulation and Markets (CRM) at Brookings, will sit down with tech venture capitalist Bill Tai to discuss these questions and more. Tai has been funding startups since 1991, and 22 of his startups have grown to become listed companies. Since 2010, he has been backing companies with his own capital; among other hits, he was the first backer to commit to the seed of Zoom Video, now a $100 billion company, and is also an angel investor behind Dapper Labs, the market share leader in NFTs with NBA TopShot. From his seeds have grown BitFury, Canva, ColorGenomics, Hut8 Mining, SafetyCulture, TweetDeck /Twitter, and Wish.com. This event will be part of CRM’s “Reimagining Modern-day Markets and Regulations” series, which focuses on analyzing rapidly changing modern-day markets and on how to regulate them most effectively. Viewers can submit questions for speakers by emailing [email protected] or via Twitter using #FutureTech.  Moderated conversationBill Tai, Tech venture capitalist | @KiteVC