For remote work to work, new ground rules are needed

This piece is forthcoming in Il Sole 24 Ore and El Economista. 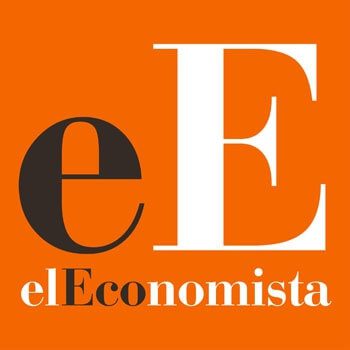 With all its tragic burden, the pandemic has also been a unique experiment that has challenged accepted norms.

Before the pandemic, 85% of European workers had never before teleworked. Many did not know their work could be done from home. Most would now like to retain at least a bit of that flexibility.

On the other hand, many employers thought that working from home would reduce productivity. However, even during lockdowns, that has not happened. Before the pandemic, 38% of managers suspected that remote workers would perform less well than in person, yet 82% of senior executives said that productivity has held steady or increased as people have been forced to shift to remote work. Despite their disruptive-innovator rhetoric, even the digital champions leasing the most expensive offices in the world in the San Francisco Bay area had not realised before COVID-19 kicked in that their employees could work from home efficiently.

Yet the transition from a well-defined structure (work is performed at the workplace) to another (workers can work from anywhere) cannot be done on autopilot. Unexpected shocks might provide an opportunity to challenge the status quo, but the shift to a new paradigm will require adjustment.

What we have learned from this mass experiment and what will happen next is relevant in a number ways, including societally. Remote work, for example, has the potential to exacerbate inequality of opportunity. This has been seen clearly during the pandemic: when the crisis hit hard, half of workers with the highest earnings could switch to telework, compared to just 29% of low-paid workers.

It is reasonable to expect that telework will have redistributive effects. At company level, for example, younger workers may find it harder to make a career. In 2014, researchers found that working from home halves promotion rates, conditional on performance. Similarly, telework may increase gender discrimination, for example because women tend to be more exposed to so-called ‘Zoom fatigue’. At regional or country level, the greater geographic mobility of teleworkers might have profound implications on cities, on peripheries, on local economies and on the service sector. Data from the US confirms that the pandemic has contributed to compressing real-estate demand in big urban areas while expanding demand on their outskirts.

Where labour markets fail to self-adjust and address emerging issues, there is scope for policy intervention. Expanding connectivity infrastructure, favouring technological adoption and investing in workers’ digital skills are obvious steps to take. But convergence on hybrid work models also requires overcoming organisations’ internal frictions, such as those that prevented teleworkers from being fully involved in their company’s workflow, or from being assessed on an equal footing with on-site workers. Those frictions help explain pre-pandemic low levels of remote work. But the pandemic has done nothing to remove them; it has just prevented them from kicking-in by forcing anyone who could to work remotely. Without a structural change in the organisation of work, the lessons learned from the pandemic will likely fade soon.

In 2002, following a European Council initiative, worker, company and public sector representatives in Europe signed a Framework Agreement on Telework. This contains a number of measures to protect teleworkers, including measures to limit unfair monitoring of workers, to safeguard worker privacy and personal data, to enhance well-being, address safety risks and protect the ability of workers to exercise collective rights.

But implementation of the telework framework has not been uniform across the EU, leaving Europe with a scattered picture of national, regional and local laws, and sectoral and company-level agreements. That does not match well with the freedom of cross-border movement within the EU single market in a post-pandemic world in which workers increasingly want geographic flexibility. Most strikingly, the framework was drafted in what now seems like the prehistory of today’s economy. After a pandemic and twenty years of technological development, the need for an update is clear.

The pandemic has shown workers and employers that another way to work is possible. Many now have a legitimate expectation that they will have more flexibility in a post-pandemic society. They should now have the choice to challenge the world as they knew it, if they wish to do so. However, without fair new ground rules, that choice may only remain available on paper. A new telework (or hybrid work) agreement between EU social partners backed by the EU institutions is a first concrete option to consider. The new agreement should reckon with technologies such as artificial intelligence and their uses, which twenty years ago could not be foreseen. Most importantly, it should provide the basis for a new work environment in which physical and virtual can efficiently blend, where on-site and remote workers share the same rights and access the same opportunities.

The effect of COVID certificates on vaccine uptake, public health, and the economy

( 2 mins) An analysis of the incentive effects of COVID certificates on vaccine uptake, health outcomes and the economy.

Decarbonisation of the energy system

( 3 mins) Our analysis highlights that the current national energy and climate plans (NECPs) of EU countries are insufficient to achieve a cost-efficient pathway to EU-wide climate neutrality by 2050.

Europe must come together to confront Omicron

( 3 mins) Statement published in the renowned British Medical Journal (BMJ) to address the wave of the Omicron variant of SARS-CoV-2.

Sustainability transition and the European Green Deal: A macro-dynamic perspective

( < 1 mins) Report of the results of work carried out at ETC/WMGE on Green economy transition: Macroeconomic analytical framework in 2020 and 2021.

How fast is this novel technology going to be a hit? Antecedents predicting follow-on inventions

( < 1 mins) In this paper, the authors identify novel technologies on a large-scale and map their re-use trajectories.

( 11 mins) Between 2007 and 2020, the balance sheets of the European Central Bank, the Bank of Japan, and the Fed have all increased about sevenfold. But inflation stayed low throughout the 2010s. This was possible due to decreasing money velocity and the money multiplier. However, a continuation of asset purchasing programs by central banks involves the risk of higher inflation and fiscal dominance.

The pandemic’s uncertain impact on productivity

( 4 mins) The pandemic has certainly permanently affected our way of working. Whether this is for the better remains to be seen.

Can climate change be tackled without ditching economic growth?

( 5 mins) The ultimate answer to the question on whether climate change can be tackled without ditching economic growth depends on our willingness to step up climate action massively.

( < 1 mins) It will take longer than many had anticipated for the dust to settle on the post-Brexit financial landscape and its respective implications for the EU and the UK.

Winners and losers of energy and climate policy – How can the costs be redistributed?

( < 1 mins) Who should bear more and who less of the burden achieving climate policy goals?

( 9 mins) The new German government should play its part in global health security and preparedness.